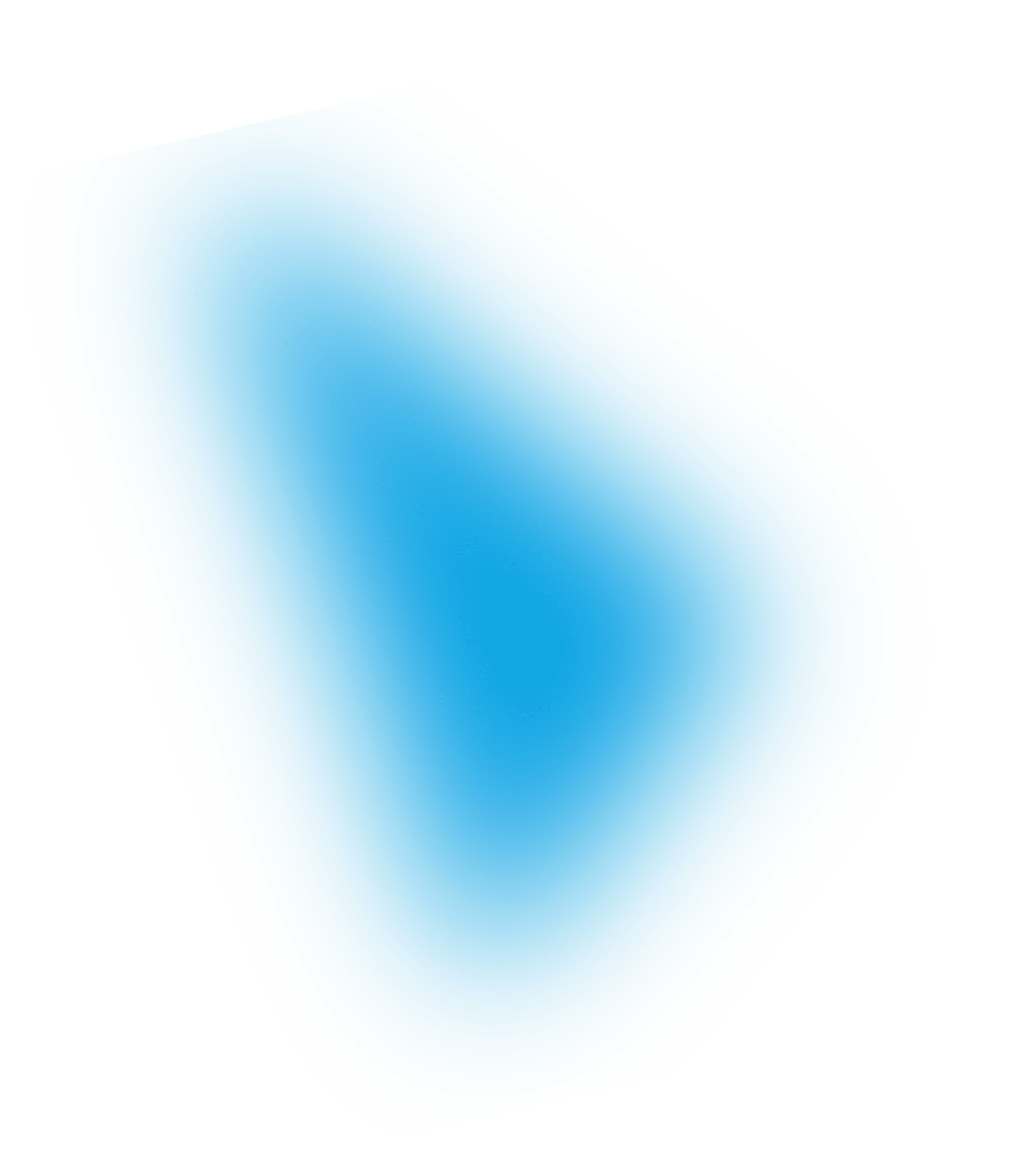 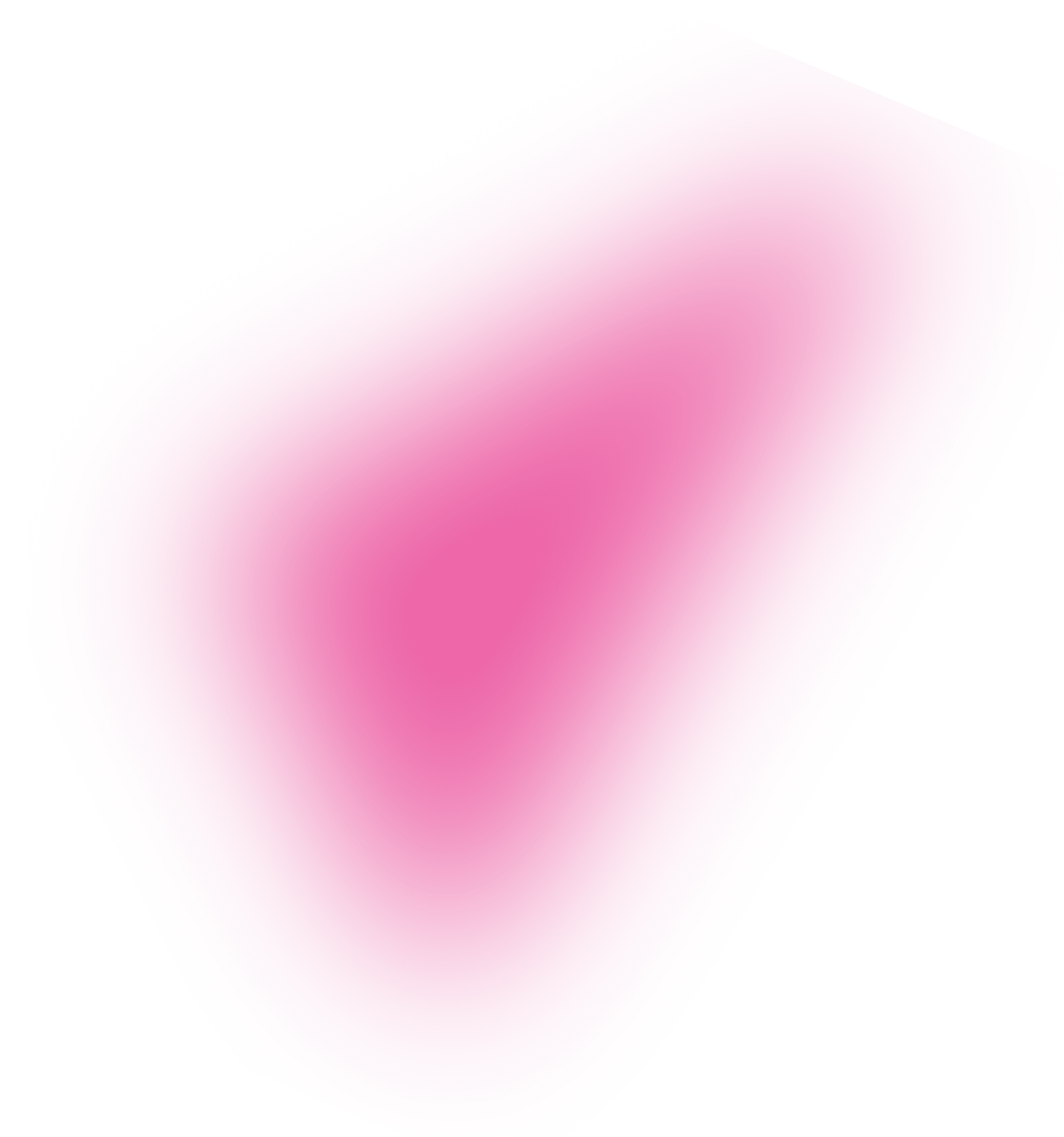 An exciting anniversary concept to mark the 25th anniversary of the founding of Müller Lila Logistik. It goes without saying that the CEO of a leading logistics company will love being on the road. But things get more interesting and certainly unique when it turns out that the director of the company is in fact a passionate cyclist. And so it was that Stefan Müller, along with a whole horde of his employees, set off on the Lila Logistik anniversary tour of all the branch offices in Germany and Poland. 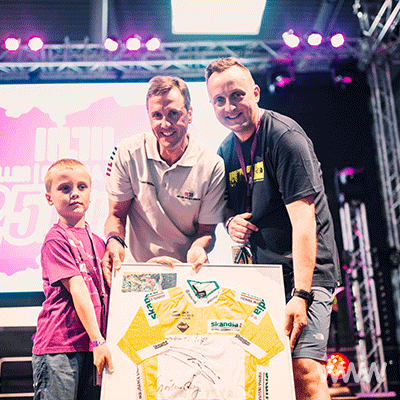 They visited a new branch almost every day of the tour. At each of the branch offices, there was a small celebration with a presentation to the employees about the current and future developments of the company. Then, after they had enjoyed a drink together, it was time for the team to set off for the next destination. Ultimately, the aim was to arrive “just in time” on the day of the big anniversary celebration in Besigheim, Baden-Württemberg. 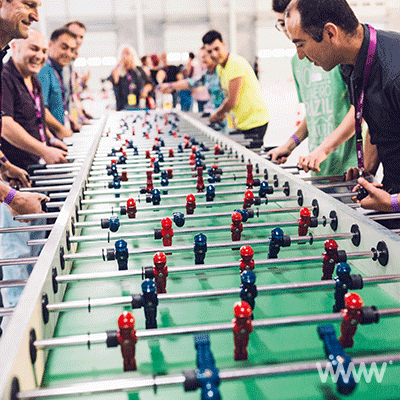 The entire tour was filmed and photographed and publicised daily on social media. The result: a high level of public awareness and a huge increase in hit rates. For the actual anniversary celebration, a recently completed logistics hall measuring over 4,000 m² and the outdoor area were completely redesigned. After all, they needed to provide space for and entertain 1,500 guests. 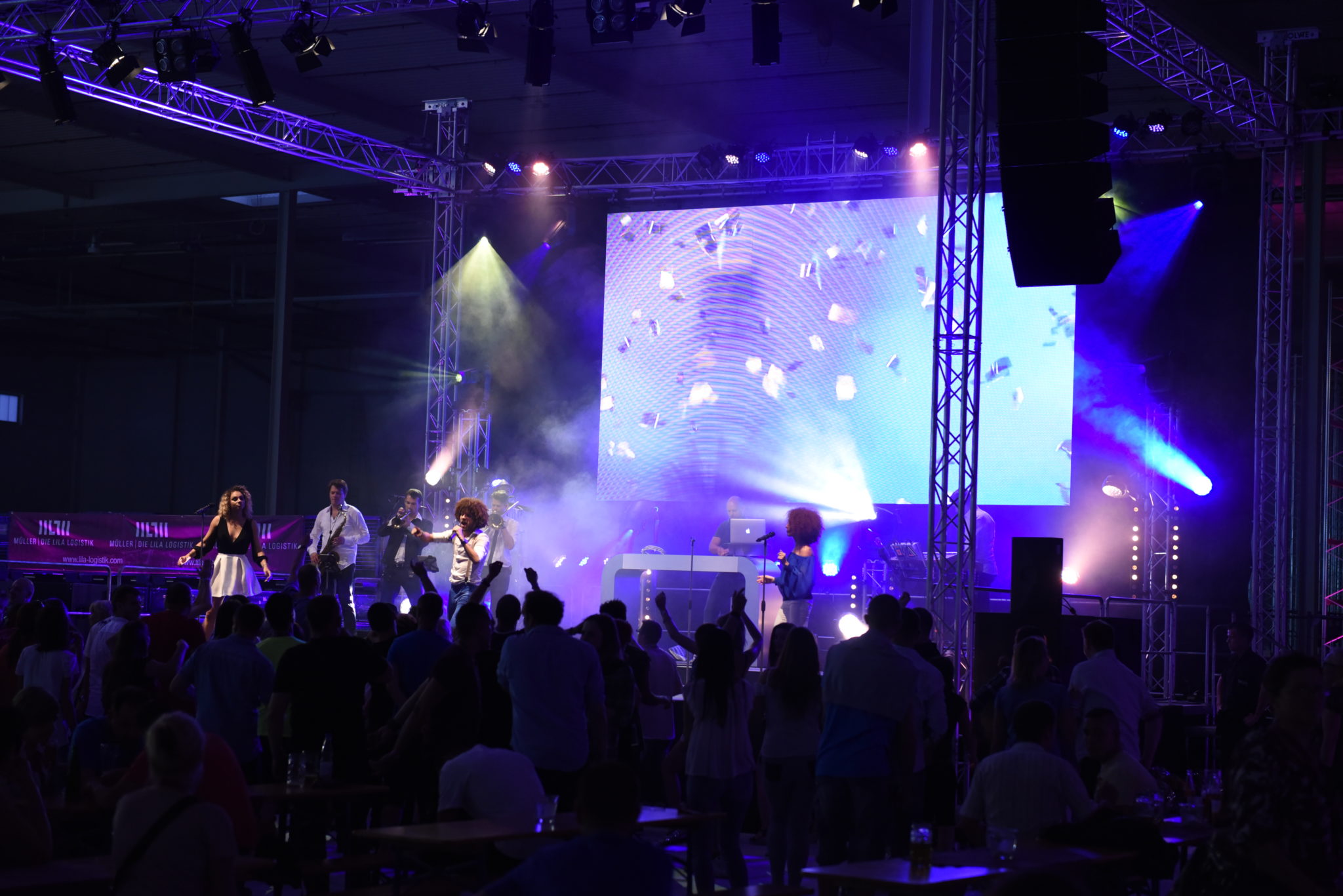 The motto for the event: “25/7” demonstrated the consistent client focus of the company and a fantastic programme was put together to thank their employees for their readiness to really bring client focus to life in their work. From an obstacle course for young and old, and an impressive stage programme, to the exclusive barbecue buffet, the celebration continued around the clock.

With a business and personnel policy that is very much focused on long-term goals, the Voith Group – which operates on a global scale – manages to retain their knowledge within the company and regularly has employees celebrating 25, 40 or even 50 years with the company. These special anniversaries are of course celebrated. Our assignment was to create an event to say: “Thank you!” and to express a strong message of solidarity for 25, 40 or 50 years of loyalty, commitment and hard work. 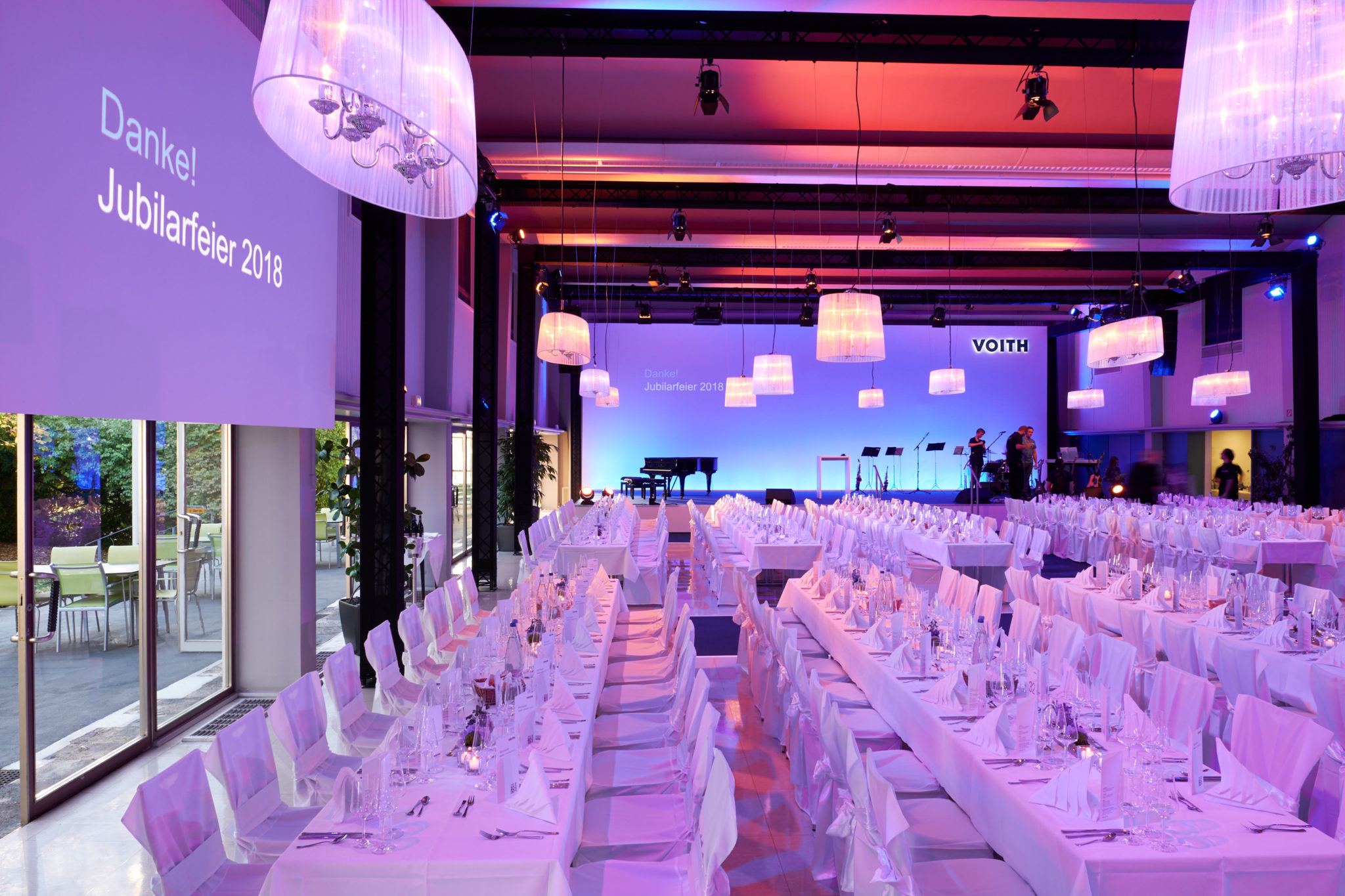 It’s definitely worth working for Voith: this is the signal that has been sent out for many years now by these anniversary celebrations, and the message is broadcast throughout the company, far beyond the actual event itself. The company restaurant at Voith’s headquarters in Heidenheim is the place where the staff usually eat their lunches – once a year it is bathed in a completely different light. An elegant revamp transforms it into an impressive venue that is hardly recognisable. 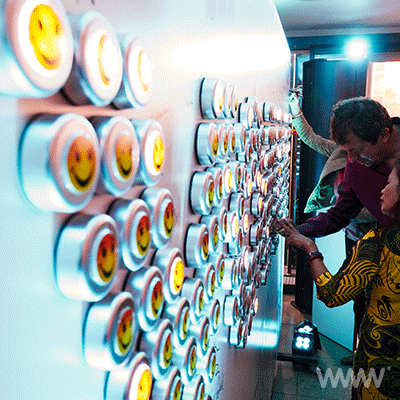 The stage programme and the interactive event elements are as fitting as they are entertaining and generate enthusiasm and a sense of togetherness among the anniversary guests. 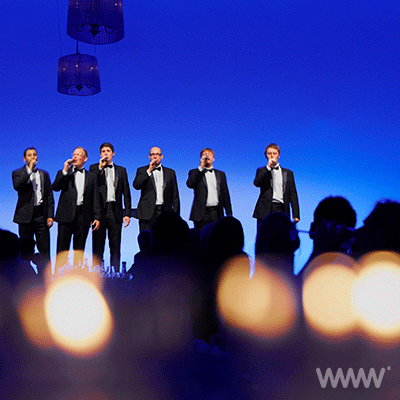 The company uses this event to say THANK YOU in a big way!

A highly respected company director is leaving the company, his successor would like to introduce himself, and the foundation stone for the new Group head office is to be laid. Three reasons to celebrate with key clients and multipliers. But the focus in this case was not on the celebration itself but rather on strengthening the positive relationship between Voith and their guests.

A total of 300 guests, the reason for the event and the high standards of the company – all these factors meant that both concept and implementation had to be of the highest quality. It was equally important to convey the family-like relationship and closeness between Voith and their guests.

The basic concept: “the ribbon” as a symbol of the connection between Voith, the director who was leaving the company, his successor, and the clients and multipliers. 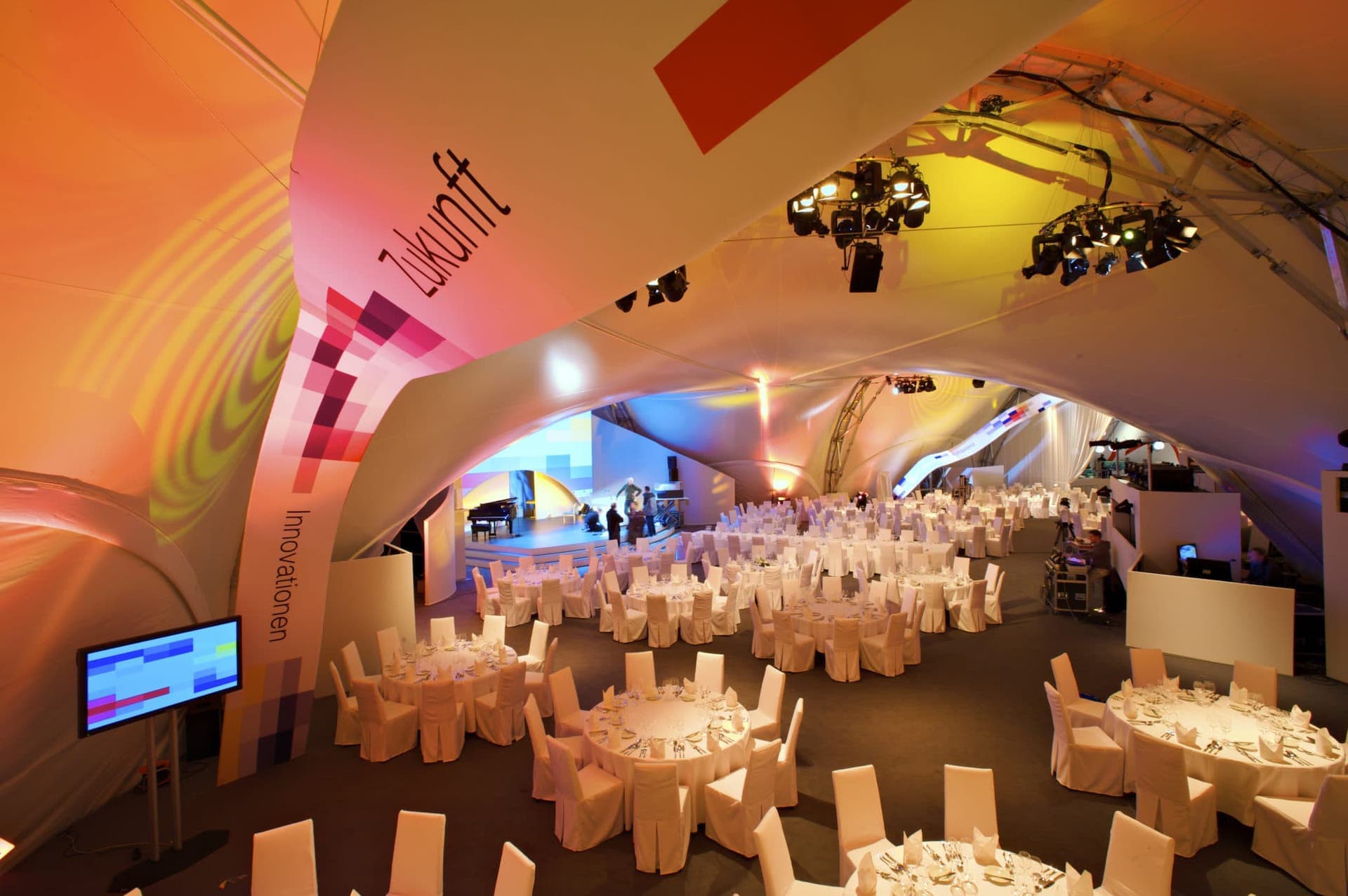 The symbolic ribbon has a beginning and an end that can be connected with for future (business) relationships. From the invitation to the design of the event itself, “the ribbon” is used as a central motif (2D and 3D) running through the entire communication process and the VIP event. 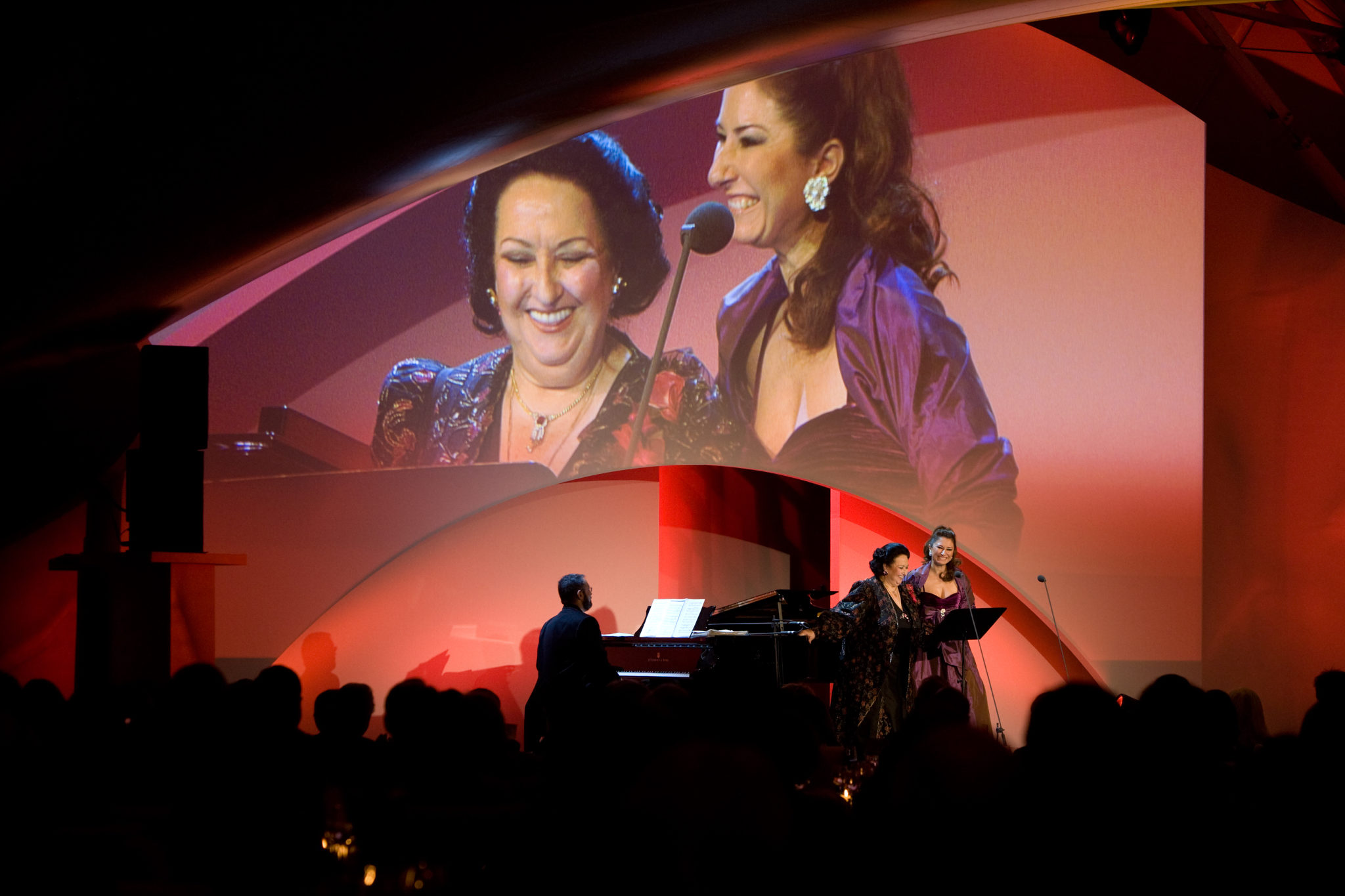 Well-chosen highlights from internationally renowned artists were linked to the media concept and the speakers to create a dramatic concept that had a great impact. This made it possible to create a world of experience for Voith which extended far beyond the VIP event itself via the symbolic ribbon of connectedness. 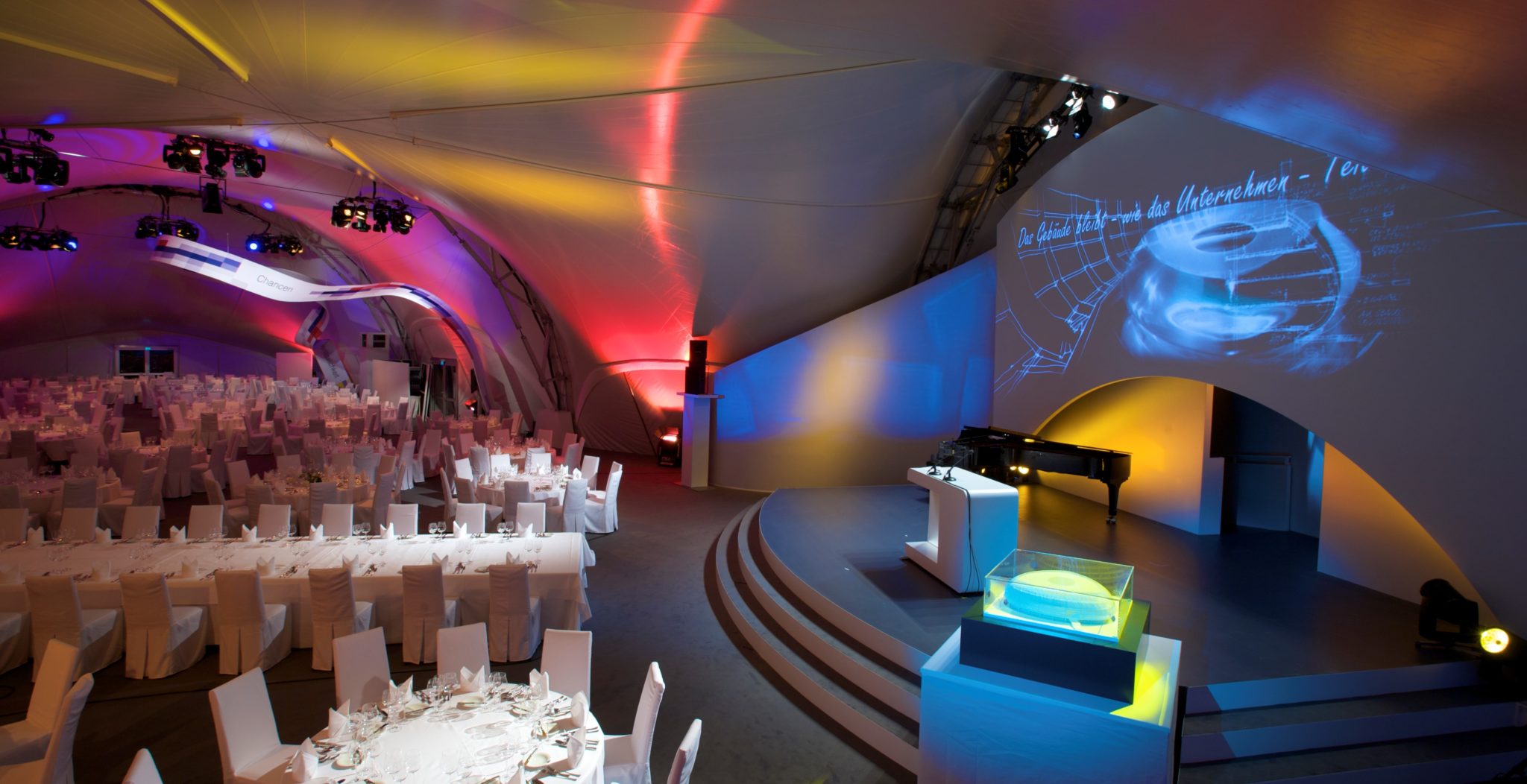 125 years of the Volksbank Dettenhausen: "Show us your US" – a campaign for an anniversary year

Using the slogan “The US is what counts – then and now!”, www developed a comprehensive, stand-alone communication campaign for the Volksbank Dettenhausen for their entire anniversary year, as well as countless events for their various target groups. Using their slogan “The US is what counts” as a starting point, the first step was to rebrand the exterior appearance of the bank’s head office in such a way that it would draw attention to their anniversary campaign. The same applied to all their communication media, from their stationery and the motifs used in their advertising, right through to the website. 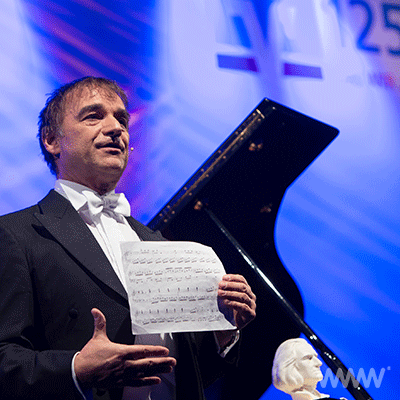 In the interior of the bank, the “Volkswand” was set up in the campaign design, with a central projection screen. Various initiatives were launched under the slogan “Show us your US”, including a photo competition and a competition for local clubs, and the results of these and the monthly winners were displayed on the central screen. This livened the bank up for the entire duration of the campaign. 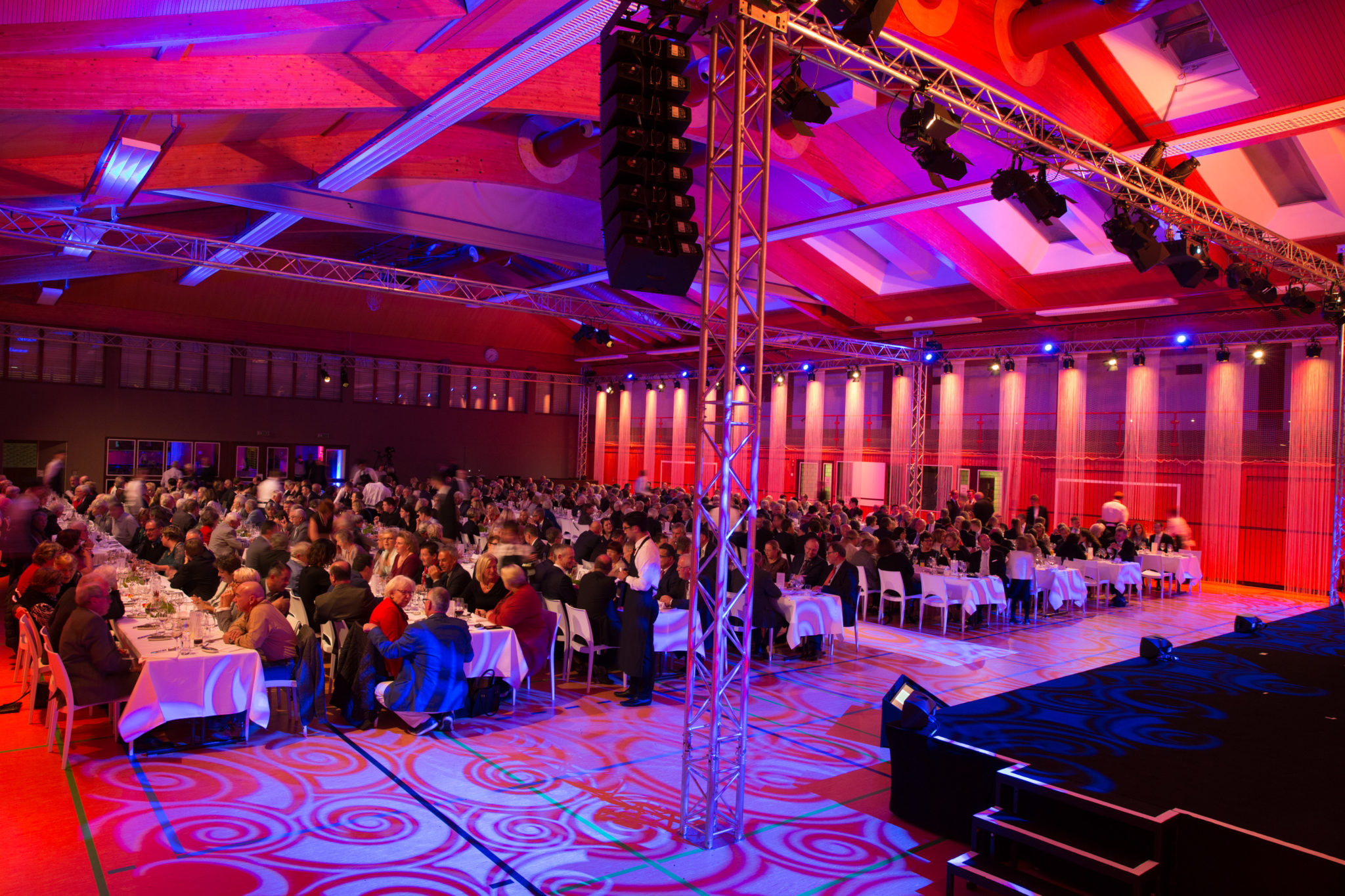 The highlights of the anniversary year were the events for the various different target groups: from a large children’s event and a special event for senior citizens, through to the actual anniversary gala with 450 guests, which was held in October, the Volksbank celebrated their 125-year anniversary in style throughout the year. 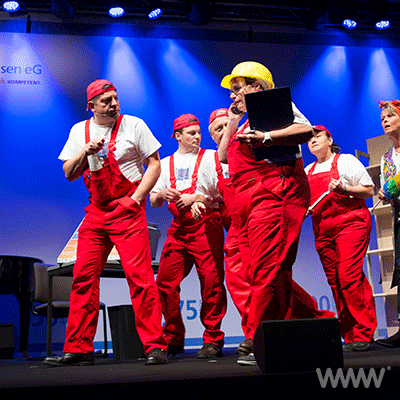 The real highlight of the “Show us your US” campaign was revealed during the anniversary gala: “Dettenhausen sings”. This was a karaoke style event with a live band, and the 450 participants sang rock and pop songs together, in both German and English, until late into the night, creating a very special sense of community – both spectacular and unforgettable at the same time. 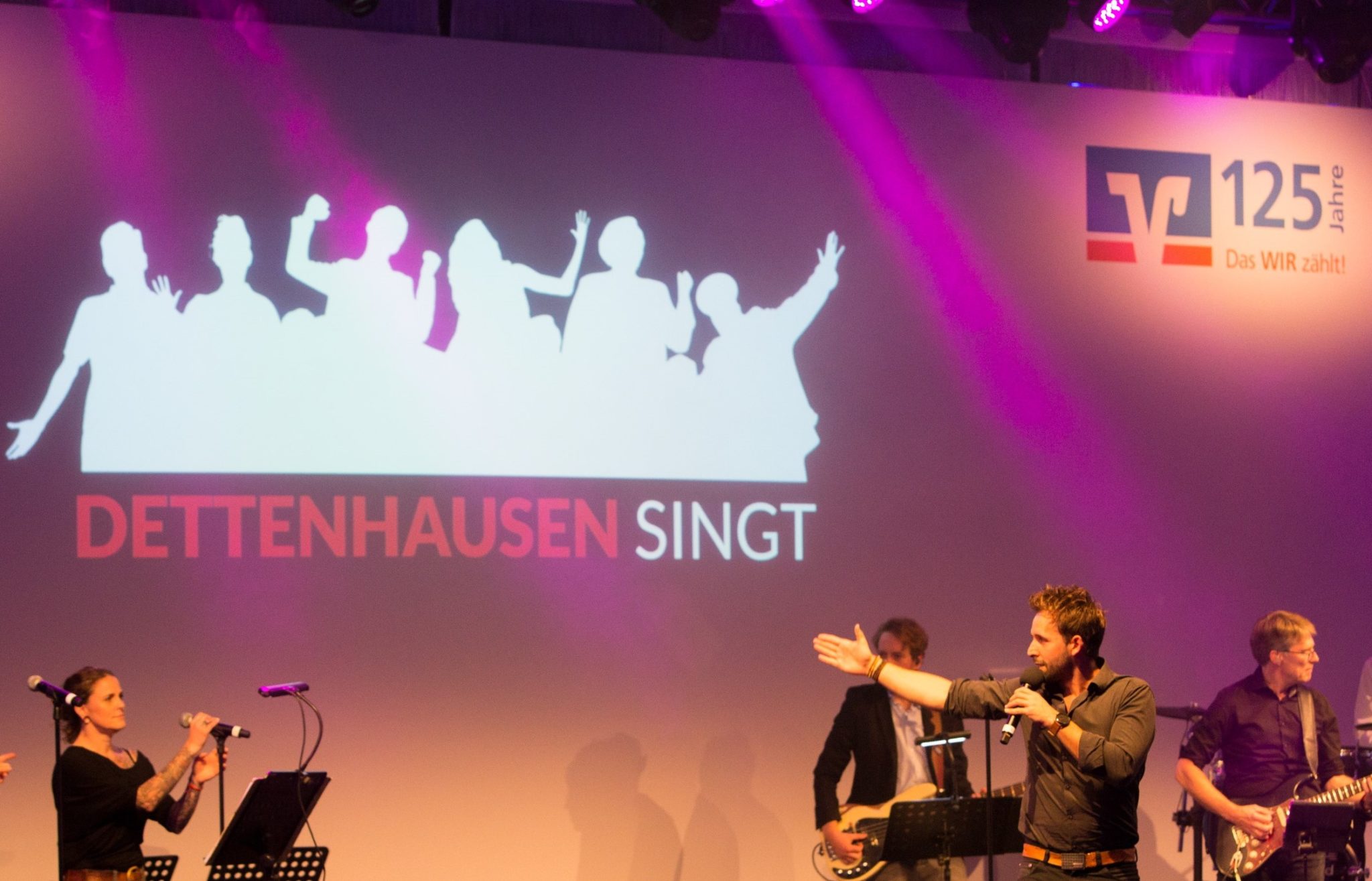 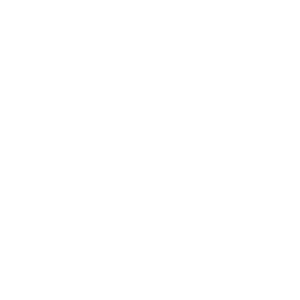 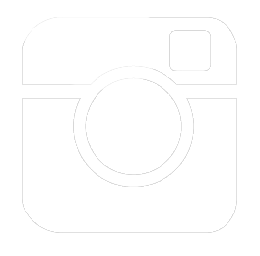